Once a sleepy little town progress came a few years ago when the highway was expanded (59 North) to 10 lanes as a part of the NAFTA HIGHWAY system. Kingwood “the livable forest” having built a portion of their community on land in Montgomery County expanded with their Kings Manor and Oakhurst of Kingwood neighborhoods. The Oaks gave Kingwood yet another golf course for their residents. As expansion continued more schools were added including the state of the art Porter High School. What a treat to visit this latest school and view the curriculum, course offerings and facilities. Huge tracts of land have been purchased by various builders with resulting new communities being added to the area. The expansion of 1314 and the new “loop”, the Grand Parkway puts this section as the shortest drive to the airport, medical center, downtown and the Galleria area. It also puts it about 20 minutes from The Woodlands. The parks, pools, walking trails, golf courses, shopping and restaurants make this an ideal neighborhood for family, entertaining and relaxing. This is just the beginning as more communities come on the board there will be an expansion of attractions for residents. The Spring Creek Park Expansion What is the Spring Creek Greenway?

How the project got its start
The Spring Creek Greenway will connect and protect up to 10,000 acres of forest, on both sides of the creek, in order to preserve, protect, restore, and educate the public about an ecological gem – a biologically diverse ecosystem that provides important habitat for many wildlife species, and aims to create an ecotourism mecca and a peaceful respite from busy urban lives for those from Houston or even nationwide.

The Spring Creek Greenway got its start many years ago, when Senator Jon Lindsay, then the Harris County Judge, bought several creekside parcels in the early 1980s, including 150 acres that became Jesse H. Jones Park & Nature Center, as well as the land that is now Mercer Arboretum & Botanic Gardens and Cypresswood Golf Course. Many years later, Harris County Commissioner Jerry Eversole realized it would be fairly easy to connect Jesse Jones Park with other creekside parcels. His idea was to create a contiguous, forested corridor linking preserves along the creek.

Canoeing down Spring Creek, Commissioner Eversole joked, “You can only look at one side of the creek for so long!” The creek forms the boundary between Harris and Montgomery County, so if only Harris County preserved forest on the creek’s southern edge, but the northern side got developed, everyone would lose out. Destroying the pristine natural setting would take away the amazing opportunity that still remains to create a thriving ecotourism and outdoor recreation mecca in a completely natural setting.

So Eversole approached Montgomery County’s Precinct 3 Commissioner Ed Chance and said, “we really should work together on this.” Commissioner Chance stepped up to the plate, and in 2004 the partnership began. The collaboration has grown from there.

A Green Ribbon
“Can you imagine flying into Intercontinental Airport, getting on the back of a horse and going from Kingwood to The Woodlands Center,” says Dennis Johnston, Precinct 4 Park Administrator. “Or putting a kayak in The Woodlands and paddling downstream to Lake Houston Park, and pulling out and camping. The potential is just incredible for this project.” Johnston has been involved in preserving the Greenway since its inception several years ago, through his many years as Director of Jones Park.

“I’ve been paddling down the creek and seen osprey trying to pluck the tail feathers out of a bald eagle,” said Johnston. “Where else can you see that? When you’re out here, you don’t feel like you’re in the city.”Both Montgomery and Harris County plan to preserve – through donations, purchases or conservation easements – 33 linear miles of forest along Spring Creek. Larger forested preserves, known as gateway parks, will eventually be connected by a forested “trunkline trail.”

In the not-so-distant future, visitors to the region will be able to explore by foot, bicycle, or horseback between the larger gateway preserves, such as the Montgomery County Preserve, Peckinpaugh Preserve, Pundt Park or Jones Park. Canoe and kayak launches will provide a spot where you can leave your vehicle and paddle down the creek. Already visitors can paddle down Spring Creek, fish, or hike and birdwatch on trails in several parks, including Montgomery County Preserve and Peckinpaugh Preserve on the Montgomery County side, and Jones Park and Pundt Park on the Harris County side. Read more of this article under Spring Creek Greenway. 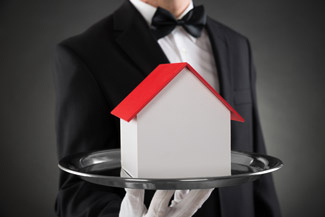 A Small Boutique Real Estate Firm with Concierge Services for Buyers and Sellers.